In the book of Proverbs, true proverbs, in the sense of short little sayings or little one liners of wisdom, are mainly found in Proverbs chapters 10 through 30.


Proverbs chapter 1-9 and then Proverbs 31 provide nice bookends that wrap around these pithy little wisdom sayings. They're not so much an introduction and a conclusion but they do serve to give a nice shape to the book of Proverbs.
Proverbs 1-9
Chapters 1-9 are big long speeches from a father to a son encouraging him to walk the way of wisdom rather than the way of folly. The father encourages his son to become intimately involved with woman wisdom whose lips contain wise words, who is a tree of life that leads to blessing and peace. The son is told to stay clear of woman folly, the adulterous woman, the strange or foreign woman; her lips may drip with honey but in the end they lead to destruction.
Things culminate in chapter 9 where the son is to chose who he is going to have dinner with. Who is he going to become intimately involved with, Woman Wisdom or Woman Folly?
Woman Wisdom's invitation to dinner - Proverbs 9:1-6
Woman Folly's invitation to dinner - Proverbs 9:13-18


Proverbs 10-30
Chapters 10 - 30 are quite different though. Chapters 10 -30 is a collection of hundreds of proverbs that give us little pictures and examples of what the way of wisdom is or looks like, and what they way of folly is or looks like.  They cover all sorts of different areas in life. There is no particular order to them. Random pieces of advice for life circumstances that are often random and unpredictable.
Chapter 31
Then we get to chapter 31, particularly the noble woman section of the chapter in verses 10-31, what’s this all about? How is it that this passage brings a conclusion to or wraps up Proverbs as a whole? How do these verses work as a bookend that round out Proverbs so nicely? This seems a big ask of the Christian wife! Or is it something else? Potentially it's a big ask of the Christian wife!
I’ve seen in the margin of one female friend’s bible the words ‘scary’ written (as well as a bit about finding a bargain underlined). One female preacher I know joked about not preaching on the Proverbs 31 woman as she is too intimidating. She’s been described as overwhelming with her burning of the candle at both ends to the point that surely no-one can be like her. 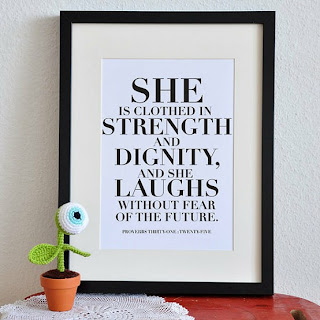 The author is able to show us in a practical way what wisdom looks like when it begins to be worked out.

So we see this nice shape to the book of Proverbs with Proverbs closing out with a final picture and powerful illustration of what wisdom looks like - seen in the noble wife of Proverbs 31.
Don't be intimidated by the Proverbs 31 woman, be inspired!
In 31:10 it says a noble woman who can find? Lots of commentators wonder if this is a cheeky question. Who can find her? Where is she? A mystery? Doesn't exists! No one can find, she doesn't exist but is rather an ideal.
Tremper Longman writes, in his commentary on Proverbs, the description is an ideal and should not be used as a standard by which to measure or critique women.
Christine Elizabeth Yoder writes, Proverbs 31:10-31 remains a portrait of the most desirable woman, an image of the ideal wife intended for a predominantly male audience... She embodies no one woman, but rather the desired attributes of many.
The reality is there isn't enough time in the day to be the Proverbs 31 woman. She is simply an ideal of what wisdom could look like in your life. Woman should grow in wisdom like the Proverbs 31 woman and SO SHOULD MEN!!!
As men grow in wisdom they should grow to become more and more like the Proverbs 31 woman.
* It's a virtuous or capable wife or husband that is worth more than precious rubies.
* A virtuous wife is trusted and enriches her husband's life.
* A virtuous husband is trusted and enriches his wife's life.


The language of Proverbs 31 is gender specific because the author is using gender specific imagery to convey the message. In understanding the message for us today though we have to understand that it is wisdom that makes a wife a virtuous and capable wife and wisdom that makes a husband a virtuous and capable husband.
Activate wisdom in your life!
Too often people fail to activate and use wisdom in their life. They wait for a sign. Too often people sit around waiting, waiting for a word from the Lord, waiting for a ‘spiritual’ encounter to motivate them to engagement, waiting as they put out a fleece and look for a sign.
Of all the ways that Proverbs could close out, of all the ways that a book addressed to young men could finish, it finishes by paralleling wisdom to a fine wife.
- Wisdom; not a tall tree growing in a forest.
- Wisdom; not like an aged wine.
- Wisdom; not like a box of chocolates.
- Wisdom; not a grey beard, wrinkly skin, poor eyesight.


Whatever season, situation, or circumstance life brings at you, wisdom prepares you for whatever is around the corner.  Not in the sense that all your t's will be crossed and your i's dotted but in the sense that whatever comes, wisdom will allow you to walk that successfully.
BearGrylls has a program called Man v Wild, in it he is... 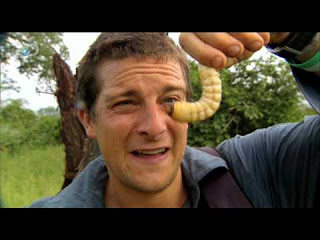 - dropped out of helicopters
- knife, flint, drink bottle, national geographic polar fleece
- cross between MacGyver and Dr Doolittle
- doesn't have everything sorted before they drop him into the Andes, the Amazon, or the Arctic
- doesn't have a sleeping bag, tent, food, irb
- make a sleeping back out of a sheep carcass
- stuff moss down his top to keep warm
- drink his own pee to get hydrated
- eat worms, and beetles, and komodo dragons that he catches with his bare hands


And of course... he survives!
Wisdom is like that. It doesn't give you exactly every tool or instrument or piece of equipment that you might need for whatever the future might bring. It is though the God given ability to sort things out even though you might not have this that or the other thing.
Posted by Joseph McAuley at 2:12 PM

God’s creation is a world of colour, a world of variety, a world of wonder. Vegetables, parrots, islands, clouds, mountains, planets, and of course people come in all sorts of shapes, sizes, and colours. All are to be savoured and enjoyed. Sin though is a reality that ultimately brings death and heartache, stripping the colour from life. Yet through Jesus Christ true life can be experienced; beauty, passion, laughter, love, grace and forgiveness. Even in the midst of greyscale life can be lived in vibrant colour! This blog is about things that are important and about things that at times seem of no consequence. A blog about Jesus, about God's Kingdom, about church and about living one’s life in light of God’s word. It’s about the fact that everything is spiritual. It’s about sports, about beer, about friends, and about good books and movies. It’s about a colourful life.

Joseph McAuley
I'm a husband and a father. A pastor, a life-long learner, an INTJ, a connoisseur of life. I love running, beaching, BBQ’ing, the NRL, cricket, craft beer, theology and red wine. I've finished my Diploma, my Masters, and my Doctorate, which means I should be working on building Artesania Latina’s HMS Endeavour. I need to get back into it! I'm interested in spiritual disciplines, Genesis, sustainability and pastoral ministry as a public theologian. I'm the Lead Pastor at St Luke's, Tauranga, New Zealand. 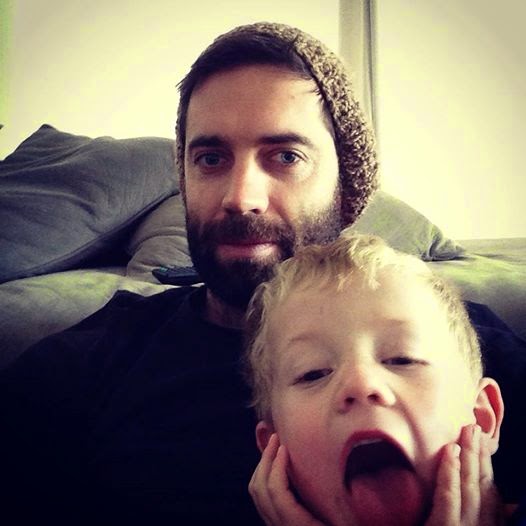